Your cart is empty.
Visit Shop
Product is not available in this quantity.

As humans, we are naturally drawn to stories, especially those that are organized and aesthetically appealing. In a world where the media constantly clouds accurate information about ongoing business at the Vatican and statements by the pope, a Netflix movie can feel like the easiest route to understand the backstory of the current papacy.

Have you seen The Two Popes? If you did, perhaps you’re one of the viewers who are completely over it because Pope Benedict XVI was portrayed as a strict, emotionless leader. Or, perhaps you thoroughly enjoyed watching Pope Francis’ story bloom from boyhood to papacy.

So, which is it? If you hated it, should you voice it? If you loved it, should you stay silent? I find this Netflix movie somewhat similar to when Kanye released “Jesus is King” and the album rang in as number one on the Billboard 200. When this happened, a mainstream girl I follow on Instagram posted a video saying something like, “Let’s rejoice because Jesus is King and those are the words at the top of the charts”.

Similarly, let’s rejoice because the topic of Catholicism and the intricacies of the papacy are intriguing to both spiritual and secular audiences. Rotten Tomatoes has the film marked at 89% with an audience score of 90%. Similarly, 94% of Google users liked the film. However, we have the inside scoop because of our Catholic identity. Instead of siding with one pope over another, I want to encourage us to look at the movie as a whole.

Outside of the film, there are groups of Catholics (and definitely non-Catholics) who view Pope Emeritus Benedict XVI as solely focused on dogma, doctrine and tradition, with little attention fixed on “the people.” On the other hand, these same groups of Catholics and non-Catholics view Pope Francis as solely focused on “the people” and less about tradition because of his focus on humility and living in solidarity with the poor. However, both Popes in real life have different charisms but a heart for God and for people. Screenwriter, Anthony McCarten, and director, Fernando Meirelles ran with the notion of a false conflict between the Popes. In the film, Pope Benedict XVI is depicted as having a lack of community and hospitality. For instance, after Bergoglio visits Benedict in the Vatican Gardens, he is told to eat alone because

“the pope eats alone, he prefers it that way.”

So, they eat dinner in isolation. Following this, Benedict seems to be in his own bubble – unable to converse about The Beatles, but more importantly, unable to hear the voice of God. This is incredibly inaccurate because many of Benedict’s decisions, prayers, and spoken thoughts to the Church came because he heard the voice of God. On September 10, 2006 during his homily in Germany he said,

“At our Baptism [Jesus] touched each of us and said ‘Ephphatha’ – ‘Be opened’ -, thus enabling us to hear God's voice and to be able to talk to him. As we gather here, let us here ask the Lord with all our hearts to speak anew his ‘Ephphatha’, to heal our hardness of hearing for God's presence, activity and word, and to give us sight and hearing.”

Benedict not only knew how to hear God’s voice, but truly understood the necessity to hear God, especially in his role as pope. On the opposite side, throughout the entire movie, we are given plenty of flashback moments of a young Bergoglio. Not once do we see a young Ratzinger learning his way through life. In doing this, the audience is swayed to naturally follow the plot of Francis because, as mentioned, we are drawn to stories. Through various scenes, we are told that Francis understands the world better than Ratzinger could. This was most likely intentional on the director’s part, displaying a bias toward the younger pope for the duration of the film. The Director has his own reason for this dynamic in the film.

But I’m skipping one of the most crucial first scenes, where the two actually converse about their different perspectives in the garden. This entire scene is most likely untrue. I believe it was necessary to set the stage for the rest of the movie, especially for viewers that know little to nothing about the two pope’s views. The scripted “discrepancies” between them were clear during their long conversation, but one part that stood out to me was when Cardinal Bergoglio said, “It seems to me that we are no longer part of this world. We don’t belong to it,” as if the Catholic Church is supposed to be tied to it. Pope Francis, though known to advocate for the needy and the broken, would never claim to be of the world. While presiding over Mass in Bangkok on November 22, 2019, Pope Francis referred to his Apostolic Exhortation in his homily when he said,

“Without this firm sense of rootedness, we can be swayed by the ‘voices’ of this world that compete for our attention. Many of those voices are attractive and nicely packaged; at first they seem appealing and exciting, but in the long run they will leave you only empty, weary, alone and disenchanted (cf. ibid., 277), and slowly extinguish that spark of life that the Lord once ignited in the heart of each of us.”

He has made it clear that the world cannot satisfy us. As Catholics, as Christians even, we are not part of the world at all. We are called to live in communion with Christ, not tied to the temporary, as St. Paul says in Romans 12:2, “Do not be conformed to this world, but be transformed by the renewal of your mind, that by testing you may discern what is the will of God, what is good and acceptable and perfect” (NABRE).

What reason did the Director have for these cinematic choices? In an interview with The Hollywood Reporter, McCarten shared, “‘I saw [this story] as a great chance to do a dialogue between a conservative and a progressive, which might in some ways speak to the broader conversation in society where we can’t find any middle ground.’”

So, two things to keep in mind here. First, when watching a film regarding God, Catholicism or Christianity, do research on the people behind the film. Obtain information on the screenwriter, director, actors and even their background on the topic of the film. This knowledge will help determine the accuracy of the movie. Secondly, always seek out the main takeaway of the story, even if smaller themes are surrounding it. In the above quote, we can see that this film was not created with God as the focal point, but rather political differences. The makers of the film, purposely decide to cast each Pope as adversaries despite that not being true whatsoever. But not all viewers are aware of these intentions, meaning some might resonate with statements made on God’s character throughout the movie that may be incorrect or ambiguous. While there are minimal moments on the character of God, one particular theme did stand out to me.

I began to notice the theme of mercy with the storyline of Bergoglio during the Dirty War in Argentina. This was fascinating to watch because I did not know of this part of his life, and it led me to do further research on his involvement at the time. While the details were portrayed differently than what actually happened, it was interesting to see the tension he was caught in within the Jesuit order because of his decisions considering now, in real time, he is appreciated by so many Jesuits.

But I found the mercy of God in this story with Jalics and Yorio, fellow Jesuits under Bergoglio’s authority. Although Bergoglio made difficult decisions in this intense time, it shows that God can use anyone as long as they are open to His plan. As they reminisce in the Sistine Chapel, Bergoglio tells Benedict, “It’s not easy to entrust oneself to God’s mercy. I know He has a very special capacity for forgetting our mistakes. God forgets, but I don’t.” This sentence, along with Bergoglio eventually becoming Pope Francis, shows the mercy and grace of God. Benedict and Bergoglio both yearned to know this mercy in a deeper way at different moments.

Though there are multiple inaccuracies that are worth mentioning, the film as a work of art was not terrible, rather it was beautifully put together. The scenes of vivid color during moments of community and joy, and lack of color during moments of isolation and sadness, fit perfectly with every scene. Even the colors of the pope’s vestments struck us symbolically as the white and black cassocks collided throughout the movie and concluded with both men in papal white garments enjoying the World Cup (although probably not accurate, I appreciated the creativity here). Even the Sistine Chapel was re-created for this film!

Despite our takes on the movie, it should encourage us to learn more about our Catholic faith, its history, and the important people it involves. Our prayer should be that all those who watched or will watch this movie see it as an opportunity to go deeper into true Catholicism and find the real story. 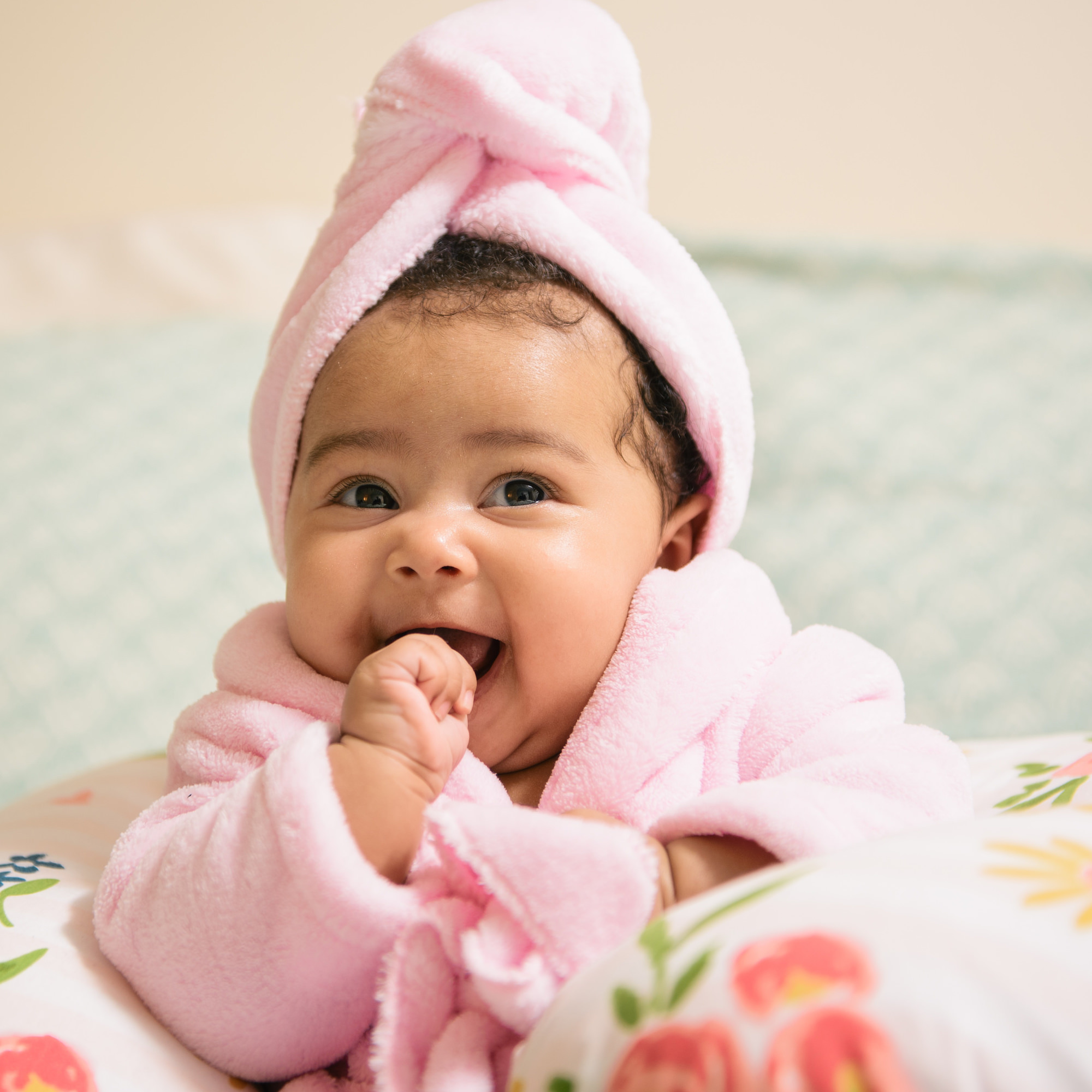 Pro-Life Movement Powering Up in 2020 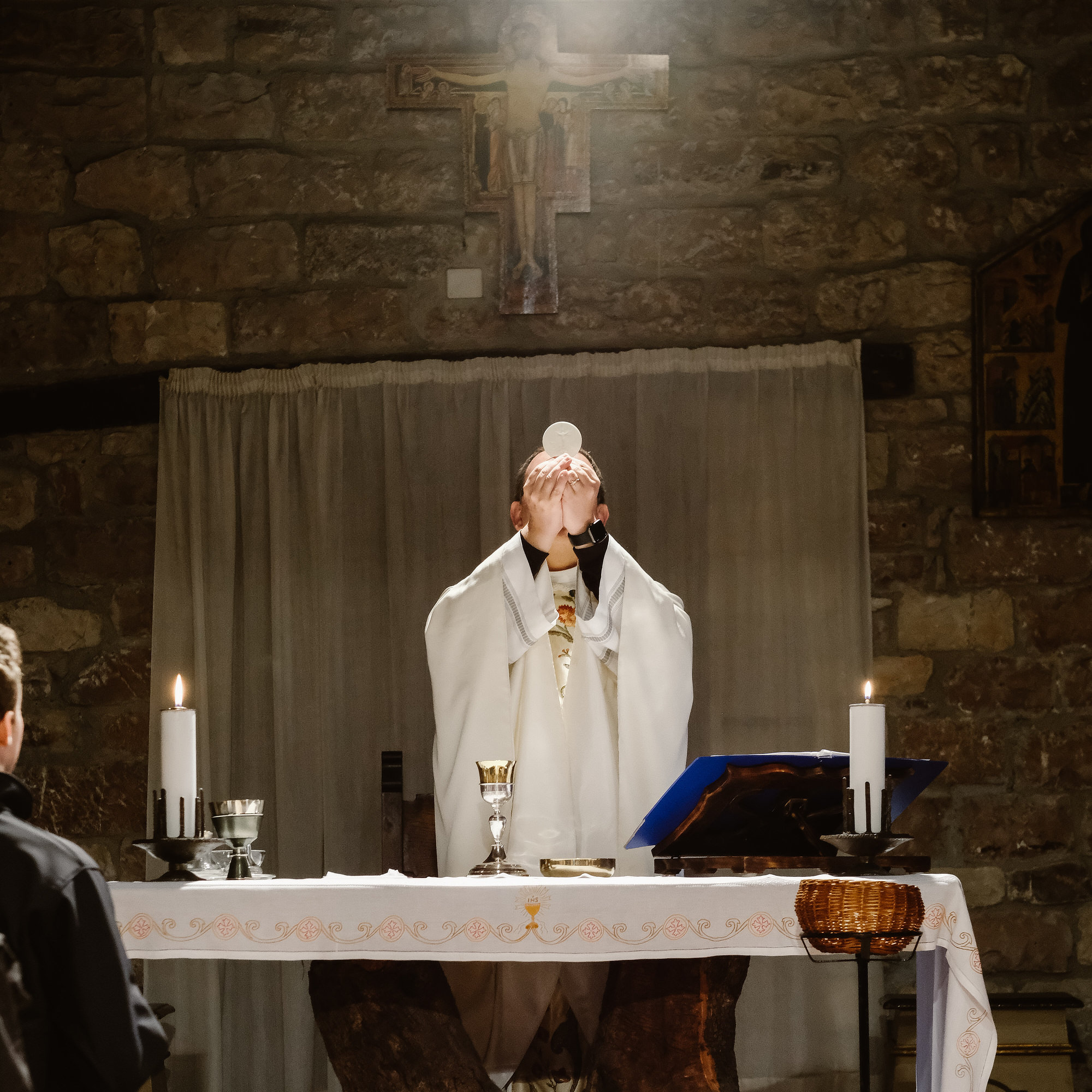 Holy Holy Holy; How Mass Became All New To Me Again 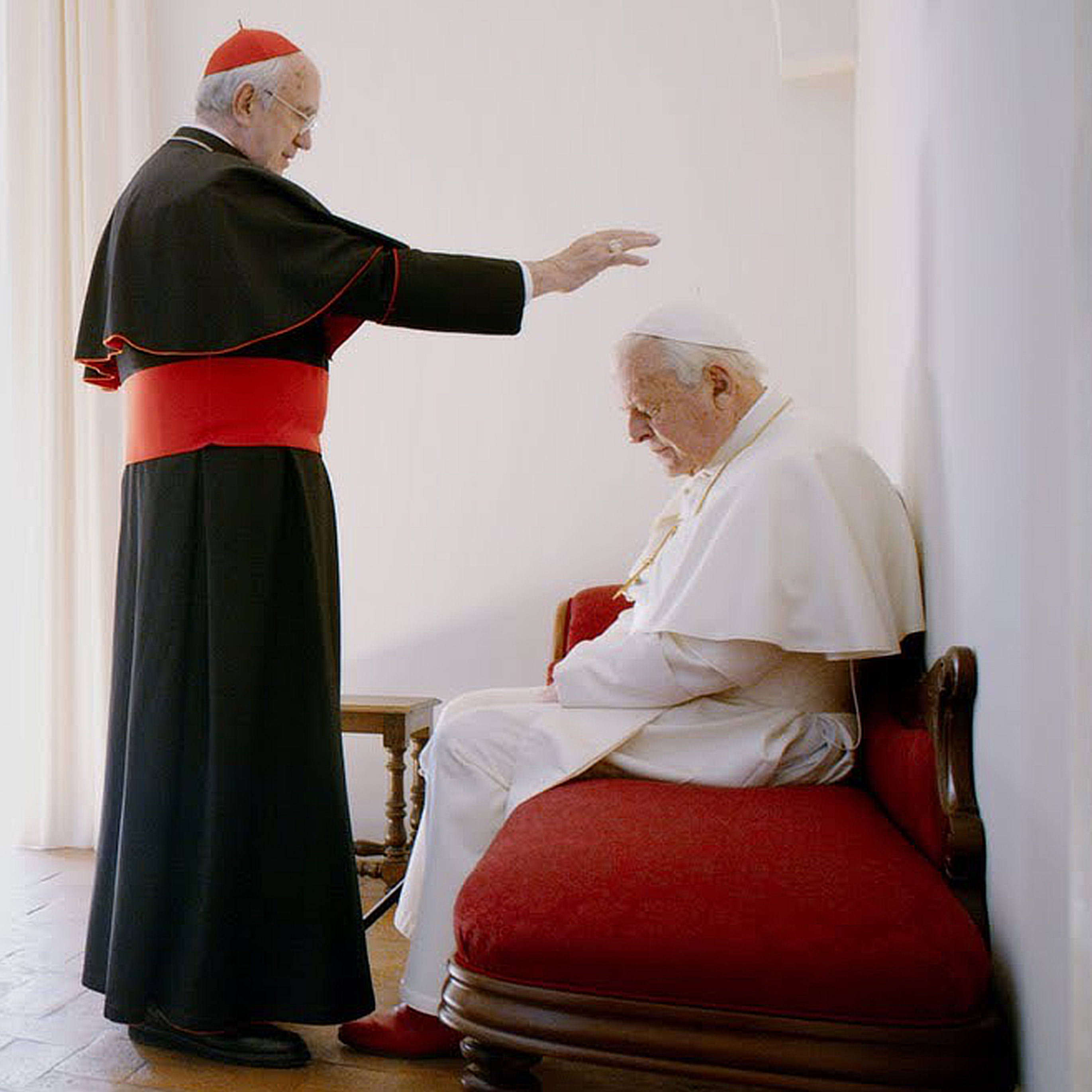 Thank you! Your are now subscribed.
Oops! Something went wrong while submitting the form.
Magazine
News + Events
Grow Your Faith
Glory Stories
For Him
For Her
Lifestyle + Culture
Faithful Finance
Videos
About
About
About
FAQ
About
Contact
Advertise with Us
Ⓒ Catholic Culture 2019
This site was created and powered by Mastik Media